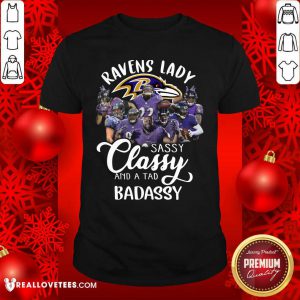 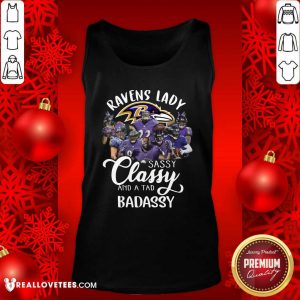 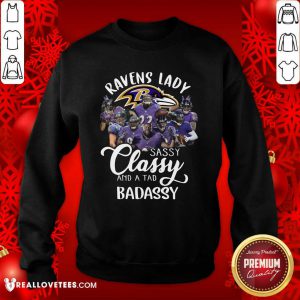 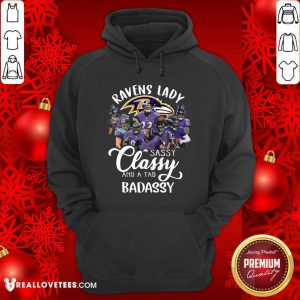 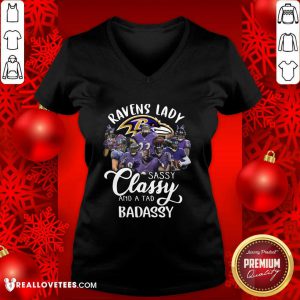 Agreed. The fellowship is dreamy with Great Baltimore Ravens Team Sassy Classy And A Tad Badassy Shirt scenes at Hobbiton, Rivendell, and Lothlorien while ROTK has an epic atmosphere with a storybook ending. Two Towers is gritty and grounded and I love how balanced the interwoven storylines are. And Ride of the Rohirrim of course. The Battle for Helm’s Deep is the best battle scene, but ROFK has the Horns of Rohan… which is an epic moment in both the book and the movie. Interesting I spent a long time of the opinion that TT was (personally) the best of the trilogy, but have found myself slowly shifting toward Fellowship over the past few years.

Boromir is such a tragic and complex character, full of Great Baltimore Ravens Team Sassy Classy And A Tad Badassy Shirts noble and good but flawed nonetheless. We have a lot in common with him, he’s one of the most relatable characters because of this. I just don’t understand how anyone can refer to any as “best in the trilogy”. That’s like arguing which is the best ingredient in a cake. You might enjoy butter, but to say it’s best when it is just as integral as the other main ingredients. Without any one of the films, it doesn’t work as a series, nor do any of the films work if they stand alone.